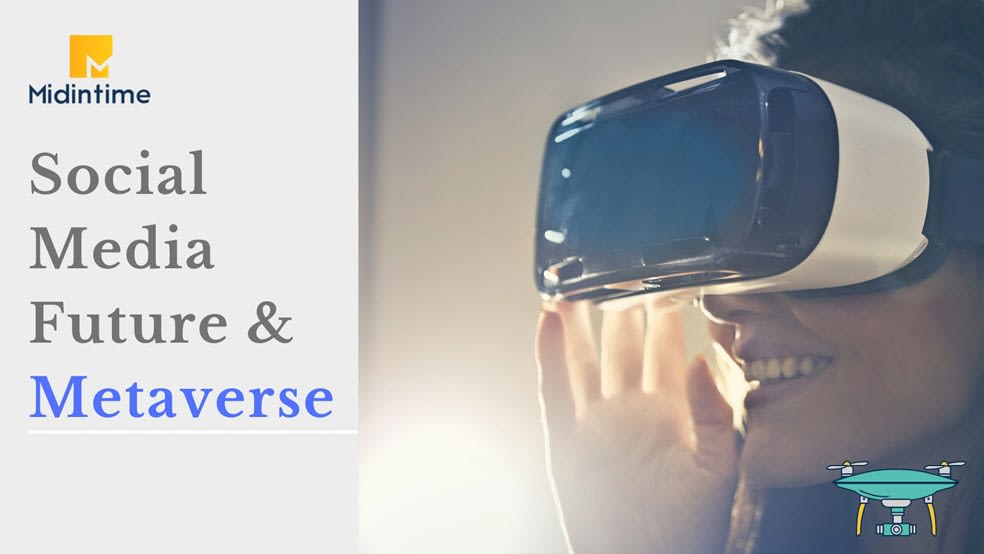 People are social animals. They need to feel connected to their friends, family, and the outside world. With the advancement of technology, social media has become a key element in many people’s lives. It is no wonder that social media will continue to expand into our future.

We live in an era where digital media is prevalent. It can be seen on everything from the news, to advertising, to social media. People are constantly connected with the internet and this has spurred a great deal of change, both positive and negative. We take a look at how social media is changing the future today.

It is used for entertainment, personalization, marketing and more. It has also led to changes in workplaces whereby the future of work is being redefined by advancements made in automation.

Social media has changed how we interact with one another as well as our understanding of society as a whole.

Social media platforms have been around for a while now, but the only difference is that they are getting smarter. Everybody knows about Facebook and Twitter. With the rise of newer social networks such as Instagram, Pinterest, and Snapchat, Tiktok, people are more than ever active on the internet.

Furthermore, in recent years we have seen AI technology come into play with analytics and bots that allow brands to interact with their followers more.

Virtual Reality is the next reality. It opens up new avenues for businesses to experiment with how to communicate with their audiences in new ways.

The virtual reality market is still growing, and the whole world is going digital. With the introduction of augmented reality, a new Venn diagram that includes virtual reality and social media has been created. Here are the statistics to prove that this interaction is happening more often now.

With the popularity of VR content increasing every year and with companies like Facebook, Google, Microsoft investing heavily in it, we can expect to see more developments in this area in the future.

The newest form of social media is in the form of virtual worlds in which you can interact with people through your internet browser. This new world is called metaverse.

The metaverse is a fully immersive virtual reality platform, where people can live and work. It’s not just an entertainment device, but rather a complete future of work and life.

The idea of the metaverse, a digitally-generated environment where users can interact with each other virtually, is not new. Visions of this kind of social media have been around for more than 30 years now.

The metaverse is a virtual space that we can access by using headsets and hand-held devices such as Oculus Rift and Vive to explore this space with other people. The virtual world is connected with social media networks, making it very easy for people to connect with each other over the internet to share thoughts, feelings, ideas, photographs, videos, locations – anything!

See : Everything Facebook revealed about the Metaverse in 11 minutes

People would collaborate in the metaverse through avatars and objects they create with advanced technology like photorealistic rendering and haptic feedback to make it feel like they’re really there in person.

Innovative companies are designing new ways of interacting with this technology in order to make it more interactive.

Is the metaverse the future of social media?

It is quite hard to predict what will happen in the future with the rise of artificial intelligence, but it seems possible that at some point in time our digital realities will be so sophisticated and indistinguishable from reality that they will merge with it. And when this happens, all these technologies will come together to create an entirely new world inside cyberspace that may be comparable to our current world or even better.

Work in the future is going to be a very different thing from work today. Working in the future will require a change of mind-set and a willingness to adapt to new possibilities.

The need for flexible work in the modern world is undeniable. For future workers, flexible work will become an integral part of their working life. With the growth in the number of people who are not tied to their offices, companies are now adapting their business models to provide work-life balance. Flexible workplaces empower employees by giving them more sovereignty over how they perform their jobs, where they do it, and when. The future of work will be all about placing people at the center of our organizations, empowering them to create better lives for themselves and others.

The use cases for metaverse are unlimited as it can be used for education or training purposes too. At its core, flexwork is about giving people the freedom to do whatever they want with their time so long as it benefits them and gives them self-satisfaction.

Also Watch : Microsoft’s CEO on the Metaverse and Flexible Work

While the internet has changed the way we communicate, it still remains an open network where users are not always comfortable about revealing their identity. This might change with augmented reality because it’s contextual and could bring more trust between people.

Social media has evolved immensely in the past few years. It has become an essential tool to get instant information about various topics, brands, and people.

The future of social media looks bright. The use of instant messaging platforms is expected to grow astronomically in the coming few years. While the television viewing is expected to decline even more so.

The use of social media has increased by more than 300% in the last 10 years, but what will happen in the future?

Only time will tell what the future holds for social media!

How Google Tracks you & Things you must know before deleting your Google account?

How CRM Software is an Integral part of Business to Boost Customer Relationship and Sales?

How Mobile Network Transform from 1G Analog to 5G Next Generation of Wireless Broadband?