“G” stands for generation. Each generation is superior to other. When first generation was developed it’s providing a digital network until the second next generation developed. It was a great jump to wireless network from digital network. After this 3G promised to give up to 2 Mbps speed. As 4G and above this are promising to give speed of 1 GPS (Giga bits per second) transfer rate to their user.

Now we can see below how “Standards of G” changing Mobile Communications Market after 1980. 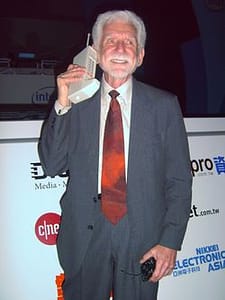 In the second generation of cell phone transmission, a few more features were added to the menu such as simple text messaging. In this generation, cellular signals were digital. During the phone call and messages, radio signals were encrypted into digital through wires.

In this generation, most of the wireless technology we came to know and loved like web browsing, email, video downloading, picture sharing chatting, video calling and other Smartphone technology were introduced. 3G should be capable of handling around 2 Megabits per second.

The speed and standards of this technology of wireless needs to be at least 100 Megabits per second and up to 1 Gigabit per second to pass as 4G. It also needs to share the network resources to support more simultaneous connections on the cell. As it develops, 4G could surpass the speed of the average wireless broadband home Internet connection. Few devices were capable of the full throttle when the technology was first released. Coverage of true 4G was limited to large metropolitan areas. Outside of the covered areas, 4G phones regressed to the 3G standards.

5G = Next generation of Wireless Broadband

5G is planning to aim at higher capacity than current 4G, allowing a higher density of mobile broadband users, and supporting device-to-device, ultra reliable, and massive machine communications. 5G research and development also aims at lower latency than 4G equipment and lower battery consumption, for better implementation of the Internet of things.

The following requirements that a 5G standard should fulfill:

“Many mobile companies are planning to come with the 5G like Nokia, Samsung and Apple. These companies have launched mobile which are compatible with fifth generation. Nokia 5G FIRST allows operators to address the near-infinite capacity demands of new applications anywhere – seamlessly and securely.

On the other hand, Samsung also announced 5G mobile network products and solutions in coming time. These devices for fixed wireless access connectivity and a 5G Radio Base and core network infrastructure, among others. Samsung also has expanded its tablet portfolio with Galaxy Tab S3 and Galaxy Book.

How to improve better Health Care Facility for People in Developing & Poor Countries?

How Are Health Mobile Apps Changing Healthcare Industry in Worldwide?

What is GST and Why it is need for Goods and Services Tax implementation in Present Scenario?